Haven't done a music monday in a long long time ..haven't posted at all in a long long time ...apologies ..! Newhoo..to compensate i'm going to share some awesome music that i've been listening to on repeat recently .
Sometimes i wonder what life would be without music or headphones :O...staring at the train compartment while you reach work ..conversations with annoying rickshaw walas...awkward conversations with people you don't like..i would never be able to pretend i didn't hear someone calling out to me ..That would be sad !
Well i'm not anti social but some people are better avoided for the lack of having conversation substance ..Moving on to music monday :D

Dear people I'm irrevocably , insanely , hopelessly in love with John Mayer since the first time i heard him and lets just say he puts words to my feelings ..and he's also hot *brownie points*

Here is a very rare john mayer song that not many people have heard..i love it..it talks about the irrevocable hopeless kind of love (:

Haveeeeeeee you met Michael Buble ...Okay this man has a magical voice ..literally magical..his music could be called country but then they call taylor's swift's rubbish country ..neway i don't like to typecast ..This song is about wanting to come back to that place you call home ..back to where you belong ..back to where you always go ..the place you love ..to overcome the regrets you may have ..back to the person you left behind ..this song is beautiful O:)

And I’ve been keeping all the letters that I wrote to you
Each one a line or two
“I’m fine baby, how are you?”
Well I would send them but I know that it’s just not enough
My words were cold and flat
And you deserve more than that

It is statistically proven that songs of heartbreak are listened to most in the world ..and almost everyone gets sappy and connects to sad songs at some point in their life ..when the words seem written just for you ..when even the mood is blue ..so there is this one song i really like by Chris Daughtry . It's called life after you

Okay the next song is awesomeness ..there's also a story behind it..i heard this song weeks before its release and also song the video way  before the teasers also came out .let's just say i have contacts ;) :P All in all awesome song by david guetta feat usher

And before this post becomes a never ending display of my entire playlist i'll end with an
awesome song by COLDPLAY :D :D ...its there brand new track that i've been listening to on repeat everyday ..it's called paradise i love the beats <3

p:s i love knowing about new songs so if you have any song that you've been listening to on loop cause you know its just that awesome do let me know (: 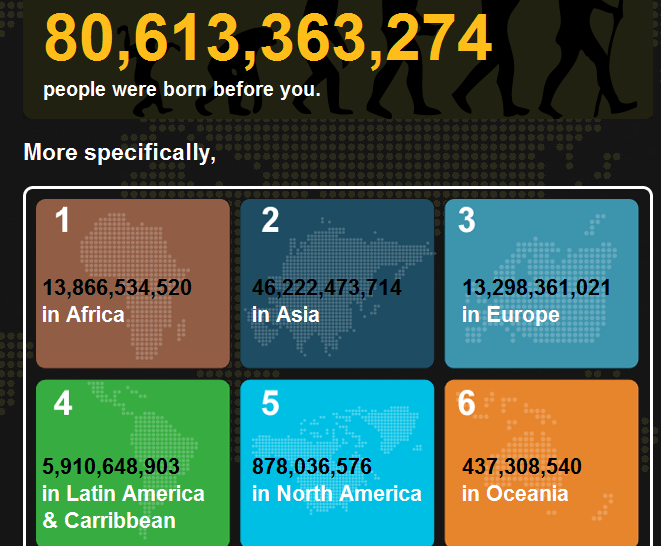 You can find out your stats here online calculator ﻿