So the lovely Indiblogeshwaris came up with a Secret Santa game of their own this year. Each blogger was asked to review a blog anonymously and provide honest feedback on what they thought of the blog they were assigned. And this secret would only be revealed on Christmas when the presents open so Shhh! 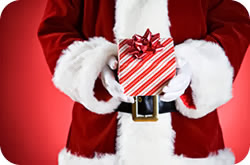 So I was assigned the wonderful Shaivi Sharma who blogs at Shaivi ka Funda. To begin with I thought that her blog was just so honest. Every post was like a sneak peak into her life, which is the true essence of blogging isn't it? She puts a piece of herself in her writing which instantly connects you to her and also inspires you to write something of your own. There is an alliteration in her name, so obviously her love for words is inevitable.

Her blog is almost 2 and has won many accolades in the form of goodies for blog contests because of the sheer creativity and sincerity in the writing.

Why you should head to her blog RIGHT NOW!

I am glad I found her blog. And Shaivi I hope when you read this, it makes you smile. Keep Writing and Stay Awesome.

Sidenote: Obsession with Poetry is far from over. I am going to be a poet. Period. All of you who have not heard of Sarah Kay must die or just google her. She is brilliant and poetry is going to keep coming up in this space. Deal with it.

Her clothes are weary,
Just like her eyes.
Hair messed and her weak smile only a disguise.
She was lovely & then he left her

They don't know what happened
Maybe they were always fighting,
or maybe they never did
Maybe love left them
Or maybe they left love
Maybe her heart
Now has a hole cut out in a shape
That resembles him
Maybe the words hurt, or just the quiet that kills
Maybe they didn't have what it took to love
Or maybe love took all they had
Her hair is messed up and her smile is weak
And each time she passes by
She was lovely and then he left her is what they speak

She is seen sitting on that park bench
Almost tracing where he would normally be
And as the sun kisses her arms
She feel his embrace
Wondering  if her unwavering belief would set things right
That maybe if she still believed his love is around her
She'll survive.
A mark sits on her finger
Where a ring used to be
They see her trying to hide it
But pryingly they see
Her is messed up and her smile is weak
And each time she passes by
She was lovely and he left her is what they speak

She is holding her drink
He thinks she's had enough
But she thinks otherwise
She puts his arms around him to say
That love is a butterfly
He smiles and whispers
Let's hold out our hand and let it settle then
And as those words leave his mouth
She feels a familiar twinge
An emotion she hadn't felt for a while
A memory, a night, a someone
Someone she knew so well but not quite
In a another part of the world
He is working hard
Addressing a crowd of peers
Who think he's out of his mind
And as he makes his parting speech
His eyes reach the lady who just opened the door
Something so familiar about her
That he can't ignore
She excuses her self for getting the wrong room
He just caught a glimpse but wasn't quite sure
He follows her out
Looking around he wonders if he'll see that familiar face
and when he turns he sees her
This time more closely
A little disappointment and an out of place smile
He gets back to work
With her on his mind
Each day a small reminder
Made its way from unexpected places
A scent, a movie, a place, a thing
Little by little creeping in
The questions that usually linger
Now made a resounding sound
Why did it not work out?
How it all went down.
In a momentary moment of weakness
He picks up the phone
She too the dials the numbers
That she thought were long forgotten
And as they listen for the click
To feel the return of a familiarity
To listen to that voice
All they hear is a busy tone
Almost there, but not quite
And reality draws them in
With a nonchalant smile
They go back to being what they are
So close yet just as far. 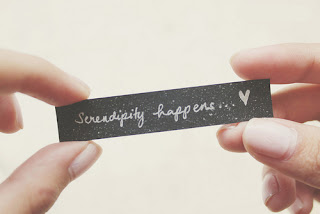