Ashok was calling Ashima, from the hospital telephone. He was experiencing some pain in his stomach. He was telling her it isn't serious and she needn't worry.

By now I had already begun crying inconsolably. I had been here several times. And I knew what happened next. I was only watching this movie for the 30th time. It was cinematic brilliance is what I would always say. The sheer simplicity with which a beautiful book was converted into a film. Never is a film better than the book but this time it was so close I could never decide.

The Namesake, tells the story of Ashima and Ashok, an Indian couple struggling to live the American Life and raising children in a country they don't feel they belong to. Ashok names his son Gogol, in memory or drawing inspiration from Nikolai Gogol, a Russian writer because Ashok feels deeply connected to him in so many ways. It was like Gogol had saved his life. A son's absolute remorse and the love only parents have the privilege to feel. A book that touches you where it hurts most. Enacted by perhaps the most talented actors in the industry, Irfan Khan and Tabu. Gogol is played by Kal Penn who needs no introduction.

Fun Fact about the movie. Kal Penn's family were Indian immigrants and he was born in New Jersey; When he read Namesake he wanted to buy the rights of the film and make it a movie. But Mira Nair beat him to it. As destiny would have it Mira Nair's son who loved Kal Penn in 'Harold and Kumar' told her to consider him as the lead. That is how he came to be cast as Gogol.

Why the mention of this film/book now so many years later? It's like a stale review. But I couldn't help myself. Some books and movies don't leave you and this is one such. I have cried and smiled on my worst and best days with this story and its hard to be selfish and not share. It references to this book "The Collected Tales of Nikolai Gogol", Ashok gifts it to Gogol on his graduation.

Now the thing is that I have been meaning to buy the book by Gogol forever. But I believe in all things magic, and delusions are a part of my personality occasionally. So I'm hoping for the book to find me. It's not easy to buy, believe me I've tried to cheat in several bookstores by asking for it straight off. I want the book to just run into me. By chance or some strange twist of fate. Like running into the love of your life. Crazy? Just buy the Goddamn book!? Perhaps. And while I know I am here waiting for an inanimate object to come looking for me. I'd want to find it, like a treasure, not purchase it like a material possession. I'd like for Gogol to find me when the time is right and I need him the most, while I keep my eyes open like searchlights, looking for the signs.

"We all came out of Gogol's overcoat" - The Namesake

I fear, a life that is just about ordinary
That when I'm old and gone
The dash between the years of my life will have no stories to tell

I fear that too much ambition will eventually drown me
Or worse, I'll fall in irrevocable love with flying like the film I can't stop talking about
And no place will feel like home again.

I fear not the darkness but the lonely nights it brings
That eventually eat you up
And slowly sleep is a secret you tell your body to keep.

I fear that I fall in love in an all consuming way
And I can't really draw the lines between what is platonic and otherwise
I love the rhythm of poetry and its concave curves
But maybe we are better off as friends.

I fear standing at the crossroad of nowhere, terrified if there will be a happy ending
There probably will
But I will fear still.

I fear that by the time I learn what it really is to let go
I'd have too many people and things pass by
And everything I'd ever let go would have claw marks on it.

I fear a world of complete despair
I fear a life of counting the clock
Time.
The world's oldest trick
And probably the only one that is truly magic

But what if it's time that I don't have
What if there are just so many days I knew I had?
Would I be brave then? 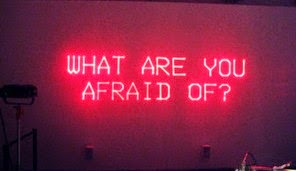 If I have a machine in a factory and every day I decide to fight it, to question it and to ask it difficult questions every single day pushing it to its limit and thus stalling work for hours. Isn't the machine going to eventually breakdown, isn't it going to be more inefficient than ever before and not function at all.

Our legal framework is a system. I know what you'll say about justice in India, its delayed and often denied. But if we only paid close attention that its not the framework that is weak. The laws are in place and improvements happen all the time. To ensure a complete and 'ideal' solution to every problem. And anything without a system, a structure is just chaos.

I don't know where the line is really drawn and where outrage is just happening for the sake of outrage. Is beef really that important to so many people? Really? I didn't even think that many people ate it. Is a documentary so important that we must digress from the real issues, the real issue that when will we see justice served for Nirbhaya? What good does a documentary do to her and her family's loss.

Here is what I think of the documentary:

Why? Because as an educated adult trying to figure out the world, I'm curious and perhaps so disturbed that how someone can commit something so heinous and have no remorse. To feel nothing. I blame the lack of education. The short falls in his upbringing but it still interests me to know WHY?

Do I support the Ban? No.
Although to hear him say those things, is disgusting for the people who've been through the traumatizing experience of being raped and to their families. While it exposes a not so shocking mindset, he is only saying what politicians, Ramdev Babas and several other regressive men have said in different forms. But coming from him with absolutely no remorse in his voice brings no good to Nirbhaya or to the legislation. But an impressionable uneducated young mind will watch his smug face without a single trace of remorse and think 'Sahi Hai' and not know any better. I don't want a young girl watching and fearing her life as a woman, assuming assault and rape to be her destiny if she chooses to live, work, and go out when she feels. I don't want her thinking any lesser of herself because some men were not raised right.

But what I do want is men to feel shame. And while I don't generalize. I know that even the best of men have at some point made a crude remark about a woman who doesn't know her "decency" and for that alone I would want the film to be viewed. I want everyone to see that even the most educated lawyers of our country, perpetrators of the so called 'Indian culture' echo the voice of our patriarchal society.
What the film should go to achieve is a fast track court hearing. To use his words against him in the court of law. But law wouldn't allow something like this as evidence. Because that is the beauty of a democracy and its sanctity lies in the fact that even the most heinous criminal is tried by an un-biased judge, and the taxes of the same country that is now against him will pay for his lawyer and justice will be served.

Here is my candle of hope that there will be a tomorrow, when the law of the land will not let me down. That outrage will not be the reason for action but the intent for justice. 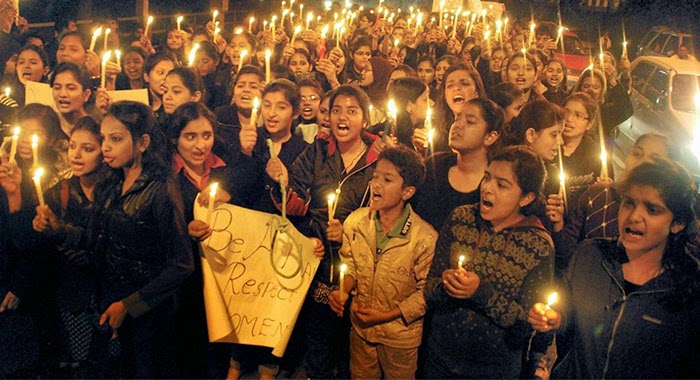