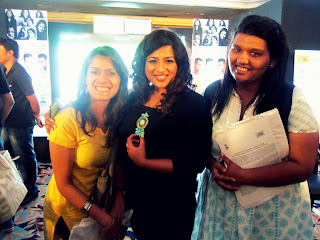 I was so excited for this particular meet, though I shouldn't be since it was my 7th Indiblogger Meet *insert veteran wave* but because the show that was going to be launched at the meet was associated Abhay Deol *drools*

Though I was heartbroken when he didn't really turn up, I don't  think I've enjoyed myself THIS much in a long time. Indiblogger meets are always more fun than other meets. The energy and warmth stays with you for days after the actual event. Also I got to meet MALISHKAAAA :D

Radio plays such an important part of my life, its absurd, every morning I HAVE to listen to it on my way to work and in the evening on the way back, I always believed that listening to the radio is like having a friend for company, like you are talking to someone (Yeah, single child problems :P ). I am probably the only one who knows all the radio jockeys from all the channels. 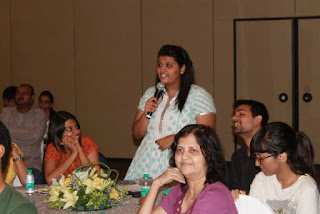 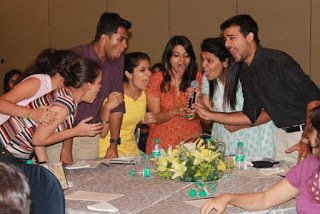 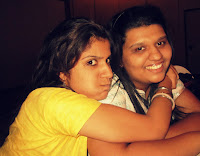 The meet began with meeting all the fellow bloggers I love to meet each time, followed by many many bear hugs. Especially BlogwatiG, a powerhouse of energy always a pleasure to meet her. The forever lucky Wannabe-Wayfarer who won her second Nokia Lumia at a blogger meet. I suggest she just retires now and gives someone else a chance. Also this meet was special because this time I had my friend since 20 years with me for her first blogger meet - Karishma

Now for the actual agenda of the meet. Zee Tv's new show Connected Hum Tum has a unique concept. 6 Indian women will share their lives and bare their soul on national television. As Malishka exclaimed "For the last 6 months our hands had become tripod stands!"
We were shown a preview episode of the show, and it seems to be really interesting as each episode will feature 3 women and the episode will be based on a connected theme.
We also had a chance to meet the 6 ladies and interact with them :) Here is a little about them:

She grew up in Goa, the daughter of an navy officer. She lives with her twin sister and the two of them are very close. Sonal is in a serious relationship wondering if the parents of her lover will accept their unusual, unconventional bond and give their love story a happy ending. I had a chance to speak to Sonal and she seemed like a very fun loving and happy person, with a rebellious streak.

Malishka Mendonca
Who doesn't know her. Especially if you are in Mumbai. She has been No 1 radio jockey for as long as I remember. She is energetic and super spontaneous, she is going to bring so much energy to the show, I can't wait to watch her. She's made it big today but the question for Malishka is ...what next? Can she dare to risk a change in her career? Will she find a suitable man to settle down with?

Madhavi Mauskar
She;s lived a life of unconventional choices. With two divorces under her belt, she's hit rock bottom and bounced back! Madhavi is about to be a grandmother for the second time. And her ex-husband has suddenly tried getting back in touch with her. Does he really want a life with her? Or does he just want some closure?

She is the mother of  a two year old, has a husband she loves and a mother she wished hadn't neglected her in her childhood. A mutli-tasking superwoman, she juggles her responsibilities at home with her clinic as well as her passion for dance! Preeti wants to tick all the boxes, the conventional ones of 'wife', 'mom', 'dentist' and 'daughter-in-law' as well as the unconventional ones of 'independent', 'bold' and 'dancer'. As a result Preeti is not able to leave one profession for another. She craves the love she was denied in childhood, so she fears rocking her marriage too much. Yet her marriage prevents her from being as free as she'd like to be! She asks herself - "Women marry for love and care - Do I really get that in my marriage?"

She's been a bright student, has a career which she can show off  and married a boy her parents chose. She barely knew him and things did not work out. So, against the family wishes she sought a divorce. Her parents were deeply embarrassed and she ended up blaming herself for 'not trying hard enough' She's getting married again to a guy she met at a friend's party and this time round she's determined to do everything even "righter"! But she asks -why should it be only upon a woman to make a marriage work?

Mahima Chaudhary
Starry-eyed small town girl hails from a large Jat joint family in Meerut. Mahima was the most humble and probably shy of the lot. A simple girl with big dreams, a boyfriend in Delhi who isn't from her caste, parents who want to get her married and ambitions that no one seems to understand. Mahima's journey is just out of the movies.

" Tell a woman what she can't have, and suddenly she'll know exactly what she wants "

With such a lovely mix of women from all walks of life, the show is bound to get interesting. The show airs on 3rd June on Zee Tv, explore the world of women and TRY to understand them ;) 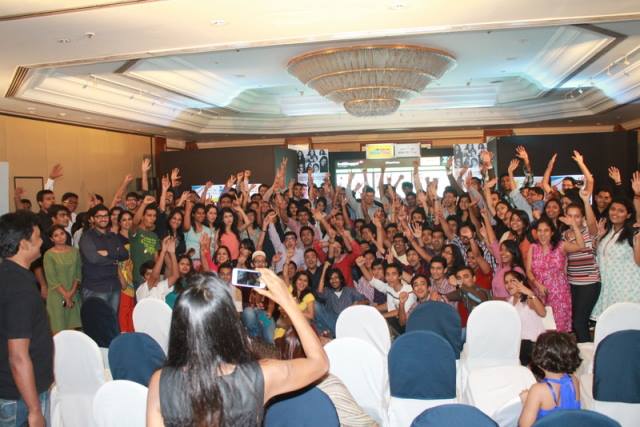 Look at us all smiles :D After hearing that FREE BOOOZE was being served :P

With this I hope I am back to being regular here, or atleast wining a Nokia Lumia 520 ;)