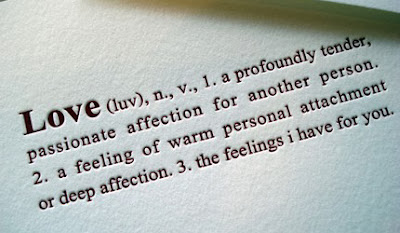 We fell in love so quickly that there was no time to think it through. No time to analyze if he'd fit my definitions of love. If he could be "The One". No time, how would there be? We were never off the phone. Months later it makes perfect sense though, I had to fall in love with him.Why? Because he makes me happy. From 812 kms away he can make me feel loved. Somedays we barely talk, and on others we talk only to fight and crib about the lack of time. But even on those days when we are snapping at each other there is a part of me that knows I wouldn't want it any other way. He is home. My person, the only one in the world who I could say anything to and he would still hold me tight and say he loves me.

(a chat from the first few months)

me: Hey there delilah
whats it like in new york city?
P: oasis
:D
me: plain white tees
:|
P: :O
i thought its oasis
me: See if u didn't have me
You'd spend all  your life
not knowing that the song is by plain white teeP: I know! Tragic.

P and me were friends because of this very blog, its hard to believe that something I started out of plain boredom gave me the most important person in my life. So maybe it is true then, everything does happen for a reason. He's working for the Government of India in the defence forces. And I can't begin to explain such a pain in the wrong places that is. He has tough life, tough schedule and a very busy day. Every day the routine tires him, I wonder if he forgets me sometimes but he never forgets to remind me that he doesn't. I would love to be my demanding self, and many times I am but after a while I just don't have the heart to be.

In the first 6 months of our relationship he had to go for his first training. Which meant no calls, no texts and, not even the once in a blue moon skype call. We in any case had a long distance relationship which meant seeing each other only after months and several long STD bills. We thought it would be easy, the extra space would help us do our own thing too. But it was tough, very tough.

We wrote letters to each other. The really long ones, the 1000 words and more. The short ones just to say "I love you. And I am thinking of you." The one liners after a fight, the pages full of words which couldn't ever really capture how we felt. On days when he had time he sent multiple letters at once, the postman often joked with him, why write so much just make a quick phonecall in secret instead. But we preferred the letters, we could speak at length in them. Sometimes when the words ran out we sent things. The bracelet he made for me out of twigs, so delicately put together. It fit my hand perfectly like his would if he was here. The target sheet he stole for me from range practice. He was getting good at it, almost hitting the centre once in a while. The little cards I made for him each one with a reason why I loved him;
For that smile, when I do something stupid
For that phone call in the middle of the night just to say I love you. (Even when I don't remember it the next day)
For the way you believe in us
For the way you say "Let's not fight. I love you"
For each time you say "Listen" with the south indian accent and it sounds like "Lizzen"
.... 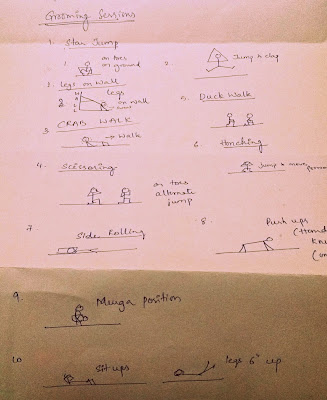 We wrote of the bad days and the good ones. The time when I had the worst day at work, everything went wrong that day. Writing to him helped, it always does. Almost like he was listening and offering comfort. I wrote of the graduation ceremony he missed, as I threw my cap in the air for a momentary second I scanned the crowd hoping to see him. He wrote about his seniors, the cool guys and even the strict ones. He sent me sketches of the fighter planes he learnt about, each one distinct from the other (though I could never tell the difference). The letter he wrote in Shudh Bhojpuri! I remember reading it over and over and laughing till my stomach hurt. The drawings he made of all the possible positions that the seniors instructed them to make the most famous being the "Crab Walk","Side Roll" and "Murga"


We wrote cause we had no other way. He wrote about the friends he made. He observed whenever he made a new friend they were never standing, always rolling on the floor, or with their legs in the air, or simply lying down after the several push-ups and crunches. Once I put my scent on the letter I wrote to him, it is very cheesy when you think about it, but the smile it brought on his face was totally worth it. Besides he likes cheese. As a gesture of sweet reciprocation he sent me a tradeable WWE card. I have no clue how he managed to or why, but it was cute. I sent him a photo of me, that he kept in his wallet. A bookmark, I had painted myself that he kept in his textbooks, somehow I was everywhere even when I wasn't. I used to pick up free postcards from restaurants and send him those once in a while to break the monotony. It was only later that I knew he had to earn all the letters I wrote to him. 50 pushups for letters from the mother, 30 if they were from dad and 100 if they were from the girlfriend. The standards often changed on the time of the day and the mood of the seniors. He did each one eagerly, waiting to know what I had written this time.

Our story has it all, the distance, the age gap, differences in religion and of course parents who resort to melodrama at the drop of a hat. Right out of a movie, someone might say. But somehow the choice is obvious, it can't be otherwise, even the melodrama is worth it. So if you ask me what our day of love is I would say, it keeps evolving. Maybe it was the day I first spoke to him and thought he was full of hot air, or maybe the day he said I love you for the first time. It probably is the time he came back from the academy to see me and I was blushing like it was the first time all over again. Maybe it was the day he left, and I cried myself to sleep in his jacket because it would mean a few more months without him. Or maybe our Platinum Day of Love is yet to come. Because I'm in love with the memories we are yet to make. 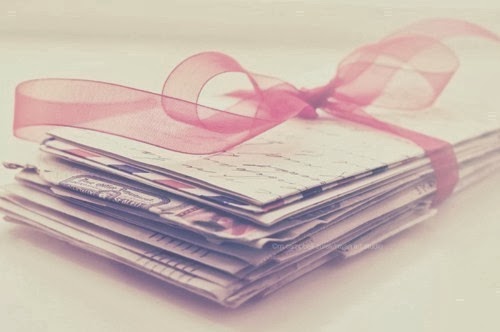 Email ThisBlogThis!Share to TwitterShare to FacebookShare to Pinterest
This is about.. Letters, Personal Ramblings, Stories