Since I haven't been writing much, I though I'd put up something that I had written for a Economics Contest. It still my writing right?  I don't like abandoning this space for too long, so here it is. The topic was " If there was a machine that could predict future crimes accurately and the government would prosecute people on the basis of readings of this machine. Discuss" 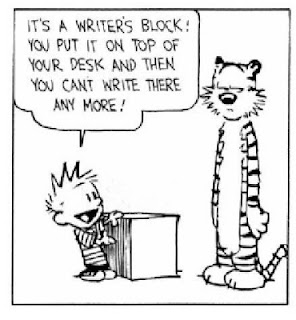 In a country where two young girls are punished for saying something against a veteran power greedy leader and where women are raped for staying out after 9 in the night. Where freedom of speech and thought is always preached and seldom followed , a machine that can predict future crimes will only be another power tool in the hands of the already powerful.

A machine that can predict when a crime is going to be committed would be the ideal pot bellied policeman's dream. Wouldn't it ? But is it really the right way to go . The basic essence is that we are humans and human nature is one of the biggest mysteries for our race. No one has been able to get into the very depth of this , the psychology of the human mind. Even while this machine maybe hundred percent accurate , even when  it can stop the most disastrous terrorist attack that shake us , but really is it right?

There will always be that minor possibility . The 0.0001 percent chance that the person will change his mind. The slightest possibility that just at the last moment a suicide bomber will turn around and leave this life of terrorism and never look back . You can never tell what it is that will stir him ,what is it that will change his mind . Maybe a young child in the coach of the train he is going to blowup that reminds him of his son. Or the young lady clad in the red saree who reminds him of the love of his life. A last minute conversation with the Rabi of a church , that turns his morals around in seconds. It could happen. Or even the  fear of the same God in whose name he was brainwashed to kill the innocent.
Speaking more legally what about human rights? -How can you punish someone for something they haven't done. Doesn't each person deserve the benefit of doubt. Aren't you allowed a chance to change your mind. What if it was an impulse thought in the heat of a situation that brought out the devil in you. Can the machine gauge feelings too? How difficult would it be to put in this new system , will the rich get away from this .? Will this be a platform for the newest scam. Will the machine lie if you throw money at it. ? Many questions arise , who will take the responsibility of being answerable to the house .
Besides isn't this the problem with the world. We want to punish people not correct them . We want to hide the problems , finish the offenders but we forget that ideas are bulletproof , its not the criminal that needs to be killed , its the thought. The lack of empathy and compassion that needs to be changed. When we think of Kasab we think about the number of biryanis that he belted in his jail cell, what we don't see is that he lived a life of isolation for almost two years. And that is the worst punishment , humans are meant to co-exist . Alone we only die a slow death.

The beauty of democracy lies in the empathy. Each criminal and in this case " future criminal ' deserves to be tried by an impartial judge, and receive justice , though they may deserve none. That is the fuel of hope of each individual that they will be treated justly and equally and that is the beauty of a democracy.

Ps; What do you think ? Do let me know, would love to know the view of each and every one of you!