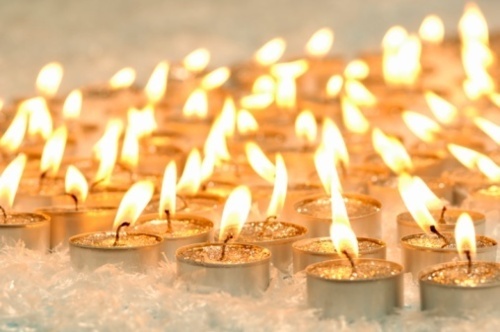 "@jhunjhunwala This girl can either live on as a martyr who heralded the start of an anti-rape movement or die as a rape victim.The choice is ours."

Every time I got groped in a public place or was touched by someone in the wrong way, I kept quiet. I felt dirty and ashamed. Not angry and empowered.  Didn't  tell anyone. Mostly I just dealt with it myself. Maybe gave a terrible look or moved away to stop it, but that was it. I didn't make a scene and I didn't beat the man red. I should have.

"@saffrontail Next time ANYONE makes a sexist joke about women, get up and ask them to STOP. Even if it's your father, husband, son, or a woman herself!" 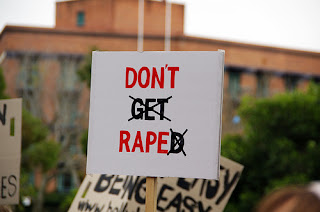 Every time I guy made a snide remark or gave filthy looks to me or a friend. I kept quiet. I was scared that if I say something he might come closer instead of just molesting me with his words. I didn't show him his place, or report it to someone. I should have

I am coward and she paid the price for my cowardice. I haven't been able to stop my tears since the news broke out. I feel helpless and hopeless even. I cry for her loved ones, I cry for her and mostly I cry for myself. I feel unsafe. They are calling her a brave soul. She didn't choose this, she isn't brave, she was raped. Use the word RAPE ! Cringing aren't you.?

"@hankypanky RIP Damini. You want to know her real name? Its the name of your sister, wife or mother. In this India, THIS could have happened to anyone." 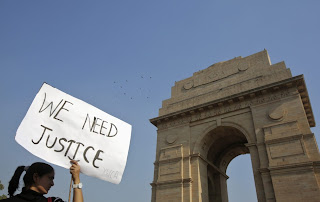 Out of the 5 men one is under-age, he will be let off easy and that is not okay with me. We need to stop underestimating the youth and their understanding of life. I'm sure he is no innocent child who didn't know what was happening. I can't get myself to watch the news because I feel an instant guilt and I can't stop the tears.

"@blublubling Its a dress, not a yes. And you are psychopath not a misguided teenager."

Let not the flame she lit die within. I want to take part in the protests and I want to punch the policemen who have the audacity to say "Peaceful protests are not allowed with a straight face". But you know what I didn't do that either. Why? Cause I was at work. I didn't take a stand and walk out to light a candle for her. Lets make sure our women are safe. Lets get laws in place. Let men know that it is not okay. If they can't handle there dicks they need to stay in after 9 not us. Be Brave Be Safe.

"@BucketHeadCaseHi. I am an Indian. My superpower, is being helpless."

But yet some mindsets hurt me though I have no right to be hurt;
Yesterday a teenage girl came to visit my dog, she is regularly coming over to see her. I was watching the news when Jaya Bachan's speech was being aired, and she breaks down. That girl comments " Isko Acting karne ka chance mil gaya " Really? If women won't understand this how can we ever understand men to.
Its sickening and I'm just not able to get out of this. In office when they speak more about Tony Greig dying of Cancer than her I want to yell and say you people are sick . An old man is dead because of cancer but a GIRL DIED BECAUSE SHE WAS RAPED. Why are we so inhuman.

She is in a happy place. Cause its better to be dead than face this day in and out. Even if she survived she would be too sick to even eat anything solid. Her will power pulled her through for so many days. I pray for her and I only hope all these protests and ideas don't die. The government is answerable as to what was the need to move her in such a delicate situation. WHY? So that they don't need to take the blame. We need answers. And you know what even killing the rapists is not enough. Its too easy.

New comments are not allowed.