Aayushi grew up in an orphanage. She didn't know what it meant to have a family. To celebrate festivals together , to go on family dinners.
When she married Vikram , her college mate and then colleague she was welcomed by a large joint family. Vikram's 4 uncles , their kids and his grandparents too all lived in the same locality. They all bought homes close to each other to be able to drop in at any time and not let a busy life disturb some family time. There was never a day when Aayushi and Vikram would be alone. Tina maami would get the pickles one day and his mother would bring home the Besan ladoos the next, or her father in law would just drop in for a chat and tea.
Aayushi and Vikram didn't have much privacy even in the early years of marriage. But Aayushi didn't mind that , all the love she had missed in the early years was suddenly coming to her in large volumes. Vikram's grand mother read the Bhagwat Gita to her every morning and they prayed together. Aayushi had voluntarily decided to be a housewife, sometimes she did freelancing writing jobs from home but mostly she was not working. Vikram was excelling in his career as well, and they had a good married life.
Aayushi was brought up as a Catholic, since she lived in a shelter home belonging to the Church. She was taught to pray in the church, which she visited sometimes even after marrying Vikram , she didn't know what her religion was , she was orphaned in the Riots that took place in Mumbai in '93. But Vikram's family had taken to her very well, never making her feel like an orphan again. Much to her surprise they didn't even object to the marriage and had decided to meet her before they took the final decision. Aayushi had charmed them that day, she was smart , beautiful and warm. Vikram was proud of her , she had won over the whole family just the way she won him over.
Two years after they got married. Vikram and she decided to have a baby , Vikram was doing well enough to support a family and Aayushi too wanted to be a mother. She had wanted to be a mother since the day she had cradled her toy doll in her arms and dressed her up . She wanted a daughter just like that doll. She smiled at every kid in the park when she went on her evening strolls. Once when Aayushi fainted in the supermarket suddenly ,and was rushed to the hospital the doctor announced that she was pregnant. Vikram's happiness knew no bounds. He couldn't wait to hold his baby in his arms.
7 months 28 days later Aayushi gave birth to a beautiful baby girl. They named her "Ahana" which means first rays of the Sun.

That's it . The story is over. What? It feels incomplete? Leaves you with a confused expression does it ? That's cause no one takes well to happiness anymore. Even if everything is fine and things are blissful we tend to find the crack and see from where sadness can creep in , we are never content , never.
Rainbows and ponies and colorful balloons don't exist even in our imagination anymore. We complain, crib and refuse to see the sunny side of things . A happy story doesn't touch you as much as a painful one does. You almost felt like something terrible was going to happen as you read each line. That's how cynical we have become.
I read this really nice paragraph somewhere and it changed my perspective :


Sometimes in life we feel so blue,
but someone somewhere is not happy as you.
Somewhere far at the border when a soldier sleeps,
missing his loved ones he silently weeps.
Somewhere a mother painfully sighs cause,
her new born baby didnt open her eyes.
Somewhere a poor dad silently cries,
when he sees his son begging for a bowl of rice.
Somewhere in an orphanage a little gal is sad,
when she misses her mom and dad.
So at times a reason to smile you may not have any,
say to yourself that you are happier than many.
''cause life is beautiful and its not always blue,
and someone somewhere is not as happy as you......
there is no way for happiness, HAPPINESS is the way 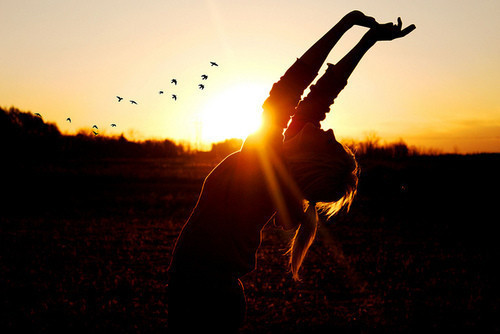