( Disclaimer : Excessively girly post ahead . If your manhood cannot handle it . Skip it. If you think you can and later want to throw tomatoes at me , it will be criticized. You have been warned. ) 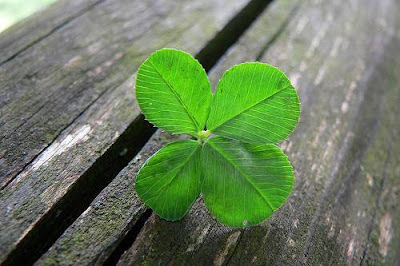 As a kid , being a single child was never really tough for Kia. Yes sure , she'd have loved to have siblings but she was such a self absorbed child that she didn't really need anyone. She would play around in her own house , not with dolls mind you . She was a total boy back then . She played with G.I.Joes , video games and mechanic sets. Ofcourse she had friends , and she played with them too but she preferred being to herself.

Her mom always said no one would even notice if she was in the house , she was that quiet . Its the same even now  sometimes. She's a quiet person. Then her parents started getting paranoid and worried that she'd end up being a loner or a couch potato if she didn't get out of the house. She was not a loner , she was just a happy kid. They sent her off to various summer camps , sport camps and playgroups time and again. She made friends there too , alot of friends but being with  herself was a pleasure she was not wanting to sacrifice.
One day her mom literally pushed her out of the house to go and play downstairs. She was so mad at her . Kia was just about to complete the robot she had made with her blocks but she didn't let her finish. She walked with droopy shoulders and dragged her feet to the playground outside her complex. She didn't see anyone she knew there that day. In a way she was happy , she could now go home and say there is no one to play with. That's when she first saw him , curly hair , honey brown eyes and a head that was not in proportion with the rest of his body. It was a huge. The day when she was first saw Sam ,  Kia was only 7 , she doesn't remember what made her do it but she went towards him. She touched his back and introduced herself , he didn't even look at her . He went about his business looking for something. " Hey , I'm Kia and you? " she said. He was still not looking at her and then she found what he was looking for , that beautiful smile appeared on his face as he held out for her to see a four leaf clover . " My mom said that these things are very lucky , if you find one your wish comes true! " he exclaimed with great excitement. " Ok well , good for you " she said with a shrug of her shoulders . " Hey , want to play on the swings ? " he asked as she was turning to leave. " Sure " she said as she pranced behind him while he led them to the swing.
They saw each other everyday since then , in the same park. Everyday at the same time they would come and play their silly games . She had stopped being quiet , stopped keeping to herself . She had actually started enjoying someone's company more than her own. They  never needed anyone else. They had other friends but this was much more than normal friendship. Their mothers started hanging out too , Sam was like family now. Time passed by and years rolled on, nothing changed. The same park , the same them and the same everyday meeting ritual . Yeah , the games changed , from peek - a - boo to truth and dare , the talks changed from cartoon network to crushes , sex , parties and the sorts. But still it seemed like time had been still since the day she had first  met him. Sam had changed her life , he had opened a world in her she kept hidden so well under the veil of shyness. She told him things she wouldn't tell anyone else, she had started sharing her innermost fears and doubts with him. He understood her silence.He was her bestfriend.
Today Kia had to meet Sam at the park at 9 sharp . He had said  he wanted to tell her something very important. Knowing the Sam she knew , she assumed he was going to say " Kia , I doped last night and passed out at Rishi's place , you should have been there man " As she made her way down the familiar road she thought how lucky she was to have Sam . Sam who'd be at her door at 3 am when she needed him. Sam who would stand outside her window with ice cream and cookies when she broke up with her boyfriend. Sam who'd take her all the way to Lonavla at 12 in the night only because she said she was  bored. Sam, she spent hours on the phone with tirelessly. She could see him standing next to their bench as she walked through the freshly mowed grass. "Yes , shoot." she said as she faced him. He just looked at her and smiled "Sit " he said . He was scaring her  now , a passing out incident should not be taking so much time for him to reveal , what had he done this time she thought nervously.
As she stared at him with a terrified expression he slowly got down on one knee and said the most beautiful words she had ever heard :
" Kia , I love you . You know the day when we met the first time. I was looking for a four leaf clover , I wanted to wish for a friend. I was lonely and didn't have anybody and there you were with your ponytail swinging behind you. You are the best thing that is still happening to me Kia. Life with you makes perfect sense and without you is something I don't even want to try. I want to have pretty babies with you and grow old with you. I want to come home to you after a tough day at work. I want to go on exotic holidays with you. I want to push your shopping cart while you shop . I want to make you happy . I want to fight with you and then make up just as quickly , I want to watch the whole star trek series with you and I want to try watching twilight cause you love it so much. I want to watch you while you read and I want to look at you as you fall asleep in my arms . Marry me." 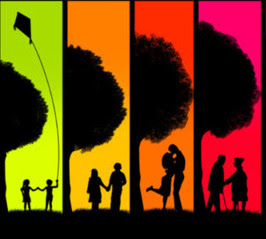 PS : I ended it at the proposal because I don't need to tell you what happened next. Do I ? Ofcourse Kia will marry Sam , she loves him since forever. There was a emotional tearing up and I love you too followed by a passionate kiss. Come on , you know the drill.
PPS : Kia and Sam are my imaginary friends. They build my faith in love each time I see it failing in someone else's life and sometimes my own. They have been married 2 years now and will soon be having a baby boy . Yeah I know its a boy . Don't question my imagination .Ok? Okay. 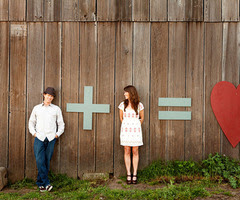