This is continued from Some Story - Part 2  !


Arush reached Jogger's Park at 4.30 . One and half hour before the decided time . It didn't seem like a stupid idea when he left home , but when he had to sit and stare at couples making out on the rocks it didn't seem like a smart decision
Meanwhile ..Poo was stuffing clothes in a large bag , the types you take with you on a hiking trip . Her mom was yelling from the other room . She was saying something about her wedding .
" Poo now that you are engaged ..blah blah...your in laws blah blah..Krish is a very nice guy..blah blah blah "
Poo was now leaving the house to meet Arush . She had a naughty grin on her face.
" Where are you off to ? Krish is taking you for dinner right ? " her mom asked.
" Well yeah , but i thought now that I'll be moving to Delhi I won't need a few clothes , I'm just going to drop them off at that NGO in bandra . I'll be back in an hour . " Poo was grinning stupidly . The way she always did when she lied .
" Ah okay okay " her mom distractedly replied. She was now on a call with her friend boasting about her IIM graduate , future son - in - law.
On her way to Jogger's Park Poo was thinking of all the times she had lied just like today and met Arush. All the times he stood outside her window at night just so he could see her while they spoke in hushed voices over the phone. All the times they got into a mock fight , they were really fought . Most people found it strange how they had never really had a fight . They always said we are just so happy around each other there is no reason to fight .
A sudden pang of guilt hit her. She thought about Krish. He had been so nice to her . Krish was a handsome man , honest and caring . Since the engagement had been fixed, he called her everyday and asked about her day and told her about his . He wanted to connect with her before they actually got married , which she thought was sweet . He had taken her out a couple of times to get to know her better . He had no bad habits , atleast thats what he claimed . Never smoked , never had alcohol , doesn't know anything about drugs and is probably the only guy over 25 who is still a virgin.  He seemed like a nice guy , the boring types but nice. Her in-laws were the most Punjabi-ish Punjabi family she had met . They fit the typecast so perfectly.
Her thoughts were interrupted by the rickshaw wala's puzzled voice telling her to get out of his vehicle. She got down and went into the park but she couldn't find Arush . She called him but he didn't answer . She thought he was late as usual and waited for him .She had waited for almost like an hour when she called one more time . This time he answered.
"Hello Arush ?" she said angrily.
" Hello this is Inspector Sharma here the owner of this phone  has had a very bad accident and we are taking him to Holy Family Hospital , please inform his family if you can. "
Poo didn't know what to do she hung up saying she'll be there in no time and searched through her contacts to find Arush's home number . A recorded message from the other end said that this number no longer existed, she realized she hadn't dialed this number in months they probably got a new number. Without wasting another minute she hailed a rickshaw and reached Holy Family Hospital.

Arush was nervously prancing in Jogger's Park deciding what he would tell her when she would actually be face to face with him . I'll tell her I'm getting married too..Ha ! Revenge or that I have landed a job in New York , she loved New York . He quickly changed his mind , he couldn't lie to her to save his life he thought , she would see right through it. He didn't want to face her , he suddenly realised .
He'd love to see her again but he wouldn't be able to let her go this time.She belonged to someone else now. There was no chance he they could be together now , she wouldn't go against her family. He left , he was going to forget her and let her move on with her life . He still wished the best of all worlds for her.

Poo frantically enquired about Arush at the hospital reception. She asked about a latest accident case. She was shown the way to a small room on the 1st floor. She entered with her heart thumping in her chest , anticipating the worst .
She had left home today with the intention of running away with him , with the love of her life . She had given this a lot of thought , her parent's would never let go of the rich Punjabi boy Krish. They were in love with him. Arush was from a simple Gujarati family , no grand riches and no IIM degree but she loved HIM. She called him on the night of the annual day to let him know she loved him and that she needed him to stop this marriage but she couldn't . They were speaking after months , she didn't know how to tell him .
As she flung the door open , she saw a man shorter in frame than Arush and thinner too lying on the hospital bed. It wasn't him . She had probably entered the wrong room , she thought when her eyes fell on the inspector.
" Who is this ? " she asked.
" He hasn't gained consciousness since his arrival here . He doesn't have any money or any kind of identity proof on him " said the inspector
" There is some confusion this is not my friend . You spoke to me a while back " Poo felt a sigh of relief , if Arush wasn't here it meant he was safe.
" Well maybe he's just a thief then , we found this phone with him . " the inspector produced the phone and handed it to Poo
" Well I need to take your leave " Poo dashed outside with a big smile on her face. She was running now . She yelled at a Cab and said " Andheri chaloge "

5 years after this day

" Tell us na Poo , then what happend ? " her cousin's said in unison.
" Well I'll let Arush tell you the rest ." Poo said giving Arush a wink .
Arush a little taken aback at the sudden burden of narration being shifted on him . " We lived happily ever after . " Arush said stupidly.
Poo's 15 year old cousins were now giving Poo the , did you really marry this guy look . Looking at them she decided to tell them the rest herself .

Poo landed at Arush's place , bag full of clothes in hand and no money in the pocket . She hadn't met him in months but she knew he loved her.  Arush opened the door and froze.
" What are you doing here ? " he was so shocked , his face had lost its color.
" I am here to run away with you . I don't want to marry Krish . I want to marry you. " Poo was grinning now .
" Huh ? " is the only thing that came out of Arush's mouth
" Don't huh me . I called you that day to tell you I love you , but you said congratulations and hung up . I knew you'd come around though . Right munchkin ? "
" I don't like you calling me munchkin , you know that " Arush was now turning red like he always did when she called him that.
" So you're going to fuss about what I call you , when I'm asking you to marry me ? " Poo was enjoying this.
"So you want me to run away with you . Right now ? " Arush was still staring at her with disbelief
" Yes!"
" You are crazy , you know that right ? "
"Yes!" Poo smiled that irresistible smile that always melted his heart.
" Bhaag jaana koi option nahi hai , kaisa lagega bhaag gaye ..hum log runners hai ? Arush aur Poo bhaag gaye  " Arush had now started quoting her favorite movie. The one she watched over and over . It was turning into their story . 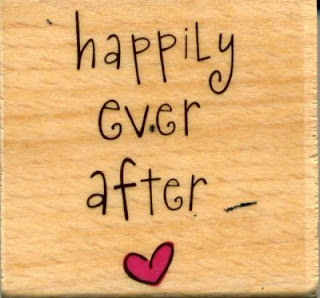