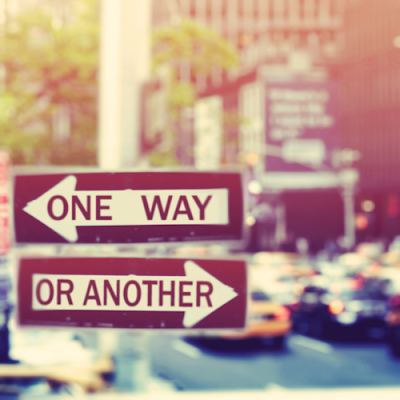 As she stared at the picture of a baby in the hospital room Aaliya remembered all the times she had been annoyed by a crying child. She hated kids and people gasped whenever she made it vocal. Every woman has a motherly instinct they said . Apparently she had lost hers . Kids gave her a splitting headache and she preferred washing dishes at the local diner to baby sitting the neighbour's kids for a little pocket money.
The last time she had caught a baby in her hands was when her little brother Rohan was born and her Mom was trying to change his nappy. The idea of raising kids of her own never really occurred to her . Lets cross the bridge when it comes she always said. So independent , so in control and so headstrong . Then why was she here today , making this choice . Always doing the right thing , always doing her own thing. She caught her head in her hands and tried to remember that night. Nothing came to her , just a vague blur of lights and loud music she remembered saying she was scared and maybe she shouldn't . He didn't listen.
She remembered the night she had told him that the test was positive. It was a mistake he had said . Kill it or you'll ruin your life . Her life ? Wasn't he going to be a part of this too. Didn't he love her? Wouldn't he stand by her when she faced this ? Hadn't he watched Juno ?
" Aaliya the doctor  would be ready for you in bit. " said the nurse reading her name from the report.
The nurse explained how it was going to be painless and in a day she wouldn't even know . She explained how it could lead to a few complications but there was nothing to worry .
" Is it living . Is my child breathing ? " said Aaliya . She couldn't believe she had called it " her child ".
" Its more of a small embryo right now . Its too early a stage but yes its definitely living. " said the nurse.
" Hmm " said Aaliya .
She had to do this , she was going to London to study literature next month . A baby , would ruin all her plans. Her parents would never understand, they'd probably disown her. Her friends ? What would they say.
This was such a nightmare , she thought .
" So how are kids like . Do you have any ? " she asked the nurse out of curiosity.
" Yes I have two "  said the nurse
" So how is it to have kids ? " pushed Aaliya
" Its the best feeling in the world to be a mother  " said the nurse with a smile .
" Eh really? To each his own. I don't want this child. " said Aaliya reinstating it to herself more than the nurse.
" I know precisely why you are here today right ? " said the nurse a little amused now.
" Yeah , I'm only 19. I don't need this baby right now . Maybe later but now NOOO way . I
have a whole life ahead of me you know . Its not really that developed so its not murder or anything . Plus its my baby I can do what I want with it . No wait , its not a baby yet . Its my embryo I don't want it. " said Aaliya again more to herself than the nurse.
The nurse could only manage a faint smile.
" But its my baby. I made it . Should I really be running away from it . Am I a horrible person.?" Aaliya placed her hand on her tummy and looked up at the revolving fan like it was going to give her some divine sign.
Just then the doctor entered the room, drew the curtain and asked Aaliya to lie down comfortably.